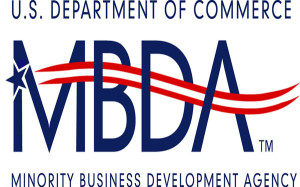 The federal agency that promotes the development of minority owned businesses is taking a hit in the Obama Administration’s proposed FY 2014 budget. The Minority Business Development Agency plans to reduce all base program activities to the tune of $1.8 million.

The Commerce Department’s Minority Business Development Agency (MBDA) promotes the ability of minority business enterprises (MBE) to grow and participate in the global economy through a range of activities that include identifying sources of financial capital for minority-owned firms and providing “management and technical assistance to minority-owned businesses.” It is traditionally done through a network of centers that provide MBEs a variety of assistance services.

But in FY 2012-13, MBDA closed its five regional locations in an effort to reduce overhead costs and centralize operations in Washington, DC. With that, MBDA’s FY 2014 request of $29.2 million actually reflects some of the costs saved with the closure of those five offices, reassignment of its regional staff to Washington, DC, and an overall streamlining of operations. Due to President Obama’s 2014 budgets cuts, the Minority Business Development Agency plans to reduce all base program activities to the tune of $1.8 million. Photo Credit: theweek.com

Instead, MBDA is now focusing on developing and upgrading their “electronic tools” to provide minority-owned firms access to growth markets by an automated matching of MBEs to business opportunities. This includes the “use of the Internet to establish information clearinghouses and national referral centers for minority-owned businesses.”

For FY 2014, MBDA will continue to support the growth and expansion of U.S. minority-owned businesses with a specific focus on those firms “operating in high growth industries such as green technology and clean energy.” And with the backing of President Obama’s National Export Initiative, export promotion, and the globalization of the minority business community will continue to be a considerable focus of MBDA’s activities in FY 2014. According to the MBDA, minority-owned firms are twice as likely to export as non-minority-owned firms.