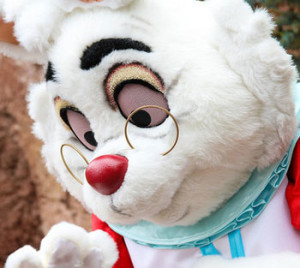 Disneyland may be the happiest place on earth for most children, but not for all children.

In February 2013, two separate African American families filed suit against Disneyland for incidents that occurred several days apart at the hands of two different Disney characters. Throughout the Anaheim, Calif. based theme park, employees dress in Disney character costumes, greet children, and pose for photos with them. At least, that is the way it is supposed to work.

According to ABC News, Jason Black Sr., an African American, took his two sons to Disneyland where their favorite Disney character, the White Rabbit, greeted them at the front gate, however, when six-year-old Jason Jr. ran to the rabbit and attempted to hug him, the rabbit abruptly turned away. Then nine-year-old Elijah tried several times to take the rabbit’s hand, but the character repeatedly pushed the boy’s hand away. At first, Mr. Black thought Disney had instituted a new policy prohibiting the characters from touching the children, but that theory was quickly disabused when he noticed the rabbit hugging, kissing, and taking photos with two children, one white and one Asian, moments later.

Just days after Jason went public with his allegations; a second family came forward with a similar experience involving a different character at the same park. Nastasia White, an African American, took her five-year-old Razzi to see Donald Duck.

As Razzi ran towards the duck, calling out his name, the character reportedly turned away from the boy to play with a white child in a nearby stroller. White told Fox News that she knew she didn’t misread the situation because the incident occurred “in a blatant and ugly way.”

The same lawyer is representing both the Black and the White families in their lawsuits against the park.