Are Foreign Accents or English-Speaking Ability Grounds to Allege Discrimination? 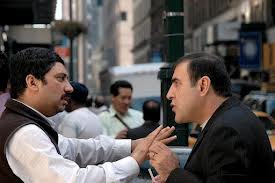 SALT LAKE CITY (AP) — More people in the workforce are claiming discrimination over their English-speaking ability or foreign accents, leading the federal government to issue guidelines to employers on when they can enforce English-only rules, federal officials said Thursday.

Workplace discrimination complaints based on national origin — which often involve language ability — rose by 76 percent from 1997 to 2011, when more than 11,800 complaints were lodged with the U.S. Equal Employment Opportunity Commission.

“There’s definitely a climate of fear that’s bad for everybody,” said John Mejia, legal director for the ACLU of Utah.

Across the country, workers have won large settlements claiming they were harassed or reprimanded for speaking in foreign languages or accents. In Utah, a FedEx contract driver has filed a lawsuit claiming that he was fired because of his Russian accent.

Truck driver and Russian immigrant Ismail Aliyev holds a commercial driver’s license, which makes the ability to communicate a requirement. When he pulled a FedEx truck into an Iowa weigh station in August, “they said, ‘This driver doesn’t know the English language,” said Aliyev. “I think for a driver, my English is not too bad.”

Aliyev worked for Utah-based GNB Trucking Co., a long-haul contractor for FedEx. When the weigh station gave his company a warning — but not a citation — about his Russian accent, he says FedEx ordered his firing.

Erin Truxal, a FedEx Ground spokeswoman in Moon Township, Pa., said Thursday that Aliyev was “disqualified” as a FedEx driver because he had been cited for several safety violations in Iowa, including an inability to speak English sufficiently. She refused to confirm or deny he was fired.

Dena Gray-Fisher, a spokeswoman for the Iowa Department of Transportation, said after-hours Thursday that she wasn’t able to provide a copy of Aliyev’s citation or warning.

GNB Trucking said FedEx controls, among a number of business terms, the hiring and firing of its drivers. Aliyev filed a lawsuit against both companies last week in U.S. District Court in Salt Lake City, seeking an unspecified amount for lost wages and punitive damages.

“FedEx just decided they didn’t want to deal with him, or even talk to him,” said Robert H. Wilde, his lawyer.

In Arizona, home of the controversial anti-immigration law SB1070, an activist in a border town was booted off the ballot as a city council candidate for lack of English proficiency. Supporters of Alejandrina Cabrera said she was facing payback for trying to recall the mayor of San Luis, Ariz.

The Arizona Supreme Court ruled against the activist, upholding a 1913 state law that prohibits anyone from holding public office “who is unable to speak, write and read the English language.” Cabrera said her English was good enough for the community’s mostly Spanish-speaking constituents.

Krista Watson, an EEOC spokeswoman based in Phoenix, said the new federal guidelines say employers can enforce English-only rules when it’s crucial for performing a job. Earlier this year, an Iraqi hotel worker in Phoenix won a $500,000 settlement from the Four Points by Sheraton after Basil Massih said co-workers mocked his accent and called him derogatory names. The EEOC said managers failed to take his complaints seriously, making his working conditions intolerable.

In a recent, similar case in California, dozens of Filipino hospital workers won a nearly $1 million settlement after claiming they were harassed and reprimanded for speaking with an accent or in their native tongues. The Delano Regional Medical Center admitted no wrongdoing and defended its English-only policy as essential to patient care. The Filipino workers claimed the policy was overly restrictive and enforced unevenly.

Utah officials say they also have seen an increase in discrimination complaints over language use, although they do not track the numbers.

“We recently had a couple of cases where the use of a native language was prohibited even in the break room or when they’re outside and off-duty — the managers just didn’t want to hear it,” said Kerry Chlarson, director of the Utah Anti-Discrimination and Labor Division.

In its new guidance, the EEOC said employers must “distinguish between a merely discernible foreign accent and one that interferes with communication skills necessary to perform job duties.” The agency cited the case of a Phoenix car salesman, nothing that a Nigerian who speaks English fluently filed a complaint saying he was denied a promotion to finance manager at a dealership because of his accent.

According to the EEOC, Omagbitse Jagha was told he needed to talk “more like an American.” The dealership settled his complaint in 2008 for $99,000.