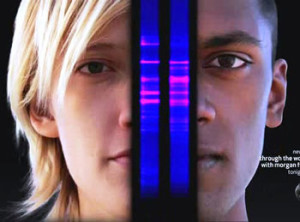 Are scholars playing the gene card once again as they assess the mental ability of young children? Some new research seems to suggest that they are.

An upcoming article promoted by American Economic Review,  “Testing for Racial  Differences in the Mental Ability of Young Children [2013;103(2)], seems to be covering some rehashed territory. What is weird is that this scholarly paper has been floating around the web in various forms since 2006 , but is just now being published.

The two authors are well known: Roland Fryer, Professor of Economics at Harvard University, is considered the youngest African-American to receive tenure at Harvard and was named a 2011 MacArthur Fellow. Fryer also made Time magazine’s 2009 World’s Most Influential People list. Steve Levitt, Professor of Economics at the University of Chicago, co-authored Freakonomics and chosen as one of Time magazine’s 100 People Who Shape Our World in 2006.

Why are scholars playing the gene card?

The original paper analyzed test results for the mental function of kids ages one and three and found that while black children lag behind white kids at age three, there were modest differences in mental function at age one. The paper concluded: “To the extent that there are any genetically-driven racial differences in intelligence, these gaps must either emerge after age one, or operate along dimensions not captured by this early test of mental cognition.”

This is not the first time American Economic Review has published articles looking at racially genetic differences. Harvard anthropologists immediately attacked a paper the same journal published in February 2013, “The ‘Out of Africa’ Hypothesis, Human Genetic Diversity, and Comparative Economic Development,” which argued that the differing genetic diversity in African and Native American populations resulted in lower economic productivity. In other words, you’re poor because of your genes. The scathing critique published in Current Anthropology  http://www.jstor.org/stable/10.1086/669034 said the analyses relied on “flawed data and a naïve understanding of genetics.”

Again, it begs the question why are scholars playing the gene card.

We’ll have to wait and see what reaction the article on children’s “genetically-driven racial differences” brings.