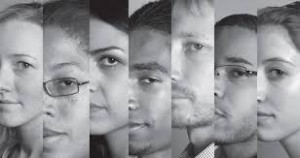 Blacks and Hispanics distrust news reporting and what does that mean for the future of major media? Minorities more and more seem to rely on local community newspapers for the most accurate and complete reporting about what is going on in their communities.

A new study shows a large majority of blacks and Hispanic news consumers don’t fully trust the media to portray their communities accurately, a statistic that could be troubling for the news industry as the minority population of the United States grows.

Three-fourths of African-American news consumers and two-thirds of Hispanics have doubts about what mainstream media report about their communities, according to a survey released Tuesday by the Media Insight Project. And while most say it’s become easier to get news generally in the last five years, few feel the same way about news regarding their own community, the survey said.

African Americans and Latinos currently make up a third of the U.S. population, according to the U.S. Census Bureau. By 2043, the number of minorities is expected to eclipse the number of non-Hispanic whites, with the total minority population reaching 57 percent by 2060.

People of color who are “seeking out news about their communities, they can’t find it. And what they see, they don’t think is accurate,” said Tom Rosenstiel, executive director of the American Press Institute, which teamed with The Associated Press-NORC Center for Public Affairs Research on the project. The survey was funded by the American Press Institute and the McCormick Foundation.

Tia C. M. Tyree, a Howard University professor and the assistant chair of the university’s department of Strategic, Legal and Management Communications, said the stereotyping of blacks and Hispanics in the media, and a distrust of systems in the United States that used to be rife with racism contribute to the distrust.

Part of the reason for the differing levels of skepticism between Hispanics and blacks, the survey said, is that Hispanics have access to a sizable amount of Spanish-language media on television, including Univision, as well as media from other countries. There are no longer any African-American daily newspapers, and few cable channels aimed at African-Americans offer daily news programs.

“There isn’t an analogous, what you might call ‘ethnic’ press (for blacks) that has evolved as the Internet has evolved – it’s been more of a disruptive medium – while the Hispanic media has sort of adapted and grown,” Rosenstiel said.

The news industry needs to figure out how to reach these consumers of color, Rosenstiel said. “They’re affluent, they’re attractive to advertisers, there’s a market there,” he said.

The Media Insight Project is an initiative of the American Press Institute and the Associated Press-NORC Center for Public Affairs Research.

NORC, at the University of Chicago, conducted the survey Jan. 9 through Feb. 17, 2014. It involved landline and cellphone interviews in English or Spanish with 1,492 adults nationwide, including 358 Hispanic adults and 318 African American adults. Results from the full survey have a margin of sampling error of plus or minus 3.6 percentage points; For Hispanics, the margin was 8.5 percentage points and for African Americans, 7.9 percentage points.

AP Director of Polling Jennifer Agiesta contributed to this report.