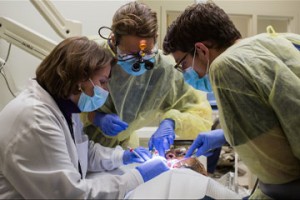 Blacks need not apply to Colorado dental school according to its prevailing and growing reputation that blacks are not welcomed and therefore not treated very well. A faculty committee asked to look into the experience of minorities at the University of Colorado’s dental school has found the school has such a bad reputation that potential black students are advised not to apply.

Brenda Allen, associate vice chancellor for diversity and inclusion for the university’s medical school in Denver, told The Associated Press that the report would spur action such as more efforts to seek out potential minority students early, even while they are still in middle school, and reaching out to demonstrate to African Americans that the school is trying to change.

Allen met with dental school faculty to discuss the report and she said she would meet with students as well. Faculty expressed concern that the school would now be labelled racist, making recruiting minority students only more difficult, she said.

“We can’t get around that. That’s out there now,” Allen said, saying the school community would have to see the attention it is receiving as motivation.

Allen led the dental school committee, which stressed in its report that a climate in which minorities feel welcome was important “so all students will have the benefit of an inclusive climate that will enhance their education and help prepare them for health care careers in an increasingly diverse world.”

In their report, Allen and three other CU staff members write they were particularly disconcerted to hear from black dentists and others in Denver of a perception that minority students are routinely discriminated against on the campus, “to the extent that potential applicants are being dissuaded from considering the school.” In other words, the finding support the prevailing opinion that blacks need not apply to the University of Colorado Dental School.

The committee heard from black students who said that their white counterparts got more feedback from professors, while the special attention they received was from campus security. Some white students told the committee they assumed black and Hispanic students are underqualified and were admitted simply because they were minorities.  Again, supporting the notion that blacks need not apply to the Colorado dental school.

The review was prompted by requests in 2013 to Donald Elliman, chancellor of CU’s Anschutz Medical Campus, for an external review on the matter. The Denver Post (https://tinyurl.com/lxdtjqm ) quoted Andre Gillespie, a black Denver dentist who graduated from the school in 2008 and was among those who requested the review, as saying he had worried that an internal review would gloss over problems. But after seeing the report, he told the Post that “it sounds like they’re admitting that things can be better.”

To prepare the report, the committee interviewed about 40 people and reviewed a 2014 survey that collected responses from 175 students. Denver Public Schools board member Landri Taylor, who as head of the Denver Urban League at the time was among those interviewed, told the AP he was confident the school would work to address its problems.

Allen said higher education in general has “a long way to go.”

Overall, America’s population is 13 percent black and nearly 17 percent Hispanic, and whites are expected to be the minority a generation from now.