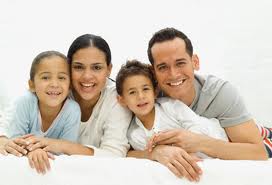 Rich white folks have always looked down at anyone who wasn’t. Well, rich white folks, if you’re a biracial American you may be at risk looking “un-rich” if the people around you are experiencing lean times economically.

New research from Texas Christian University pondered the question: “Does This Recession Make Me Look Black?” The researchers examined whether clues of levels of economic prosperity increased or decreased white folks’ perceptions of who was part of their racial “in-group” and their study suggested it does.

Researchers had one group of all-white undergraduate students view a slide show of captioned pictures of showing economic hardship while a second group saw captioned pictures suggesting economic prosperity. The White students were then shown photos of 20 biracial faces (10 male and 10 female) created by averaging one white and one black face using face-averaging software. When the participants looked at the computer-generated biracial faces, they were asked: “If you had to choose, would it be more accurate to describe this bi-racial individual as black or white?”

These results were confirmed in a second experiment that used multiple-choice analogies such as “sweat is to summer as debt is to ___.”

The research re-enforces the implications that even a perception of “resource scarcity” might actually lead people – in this case white people – to narrow their biased definition of who belongs to their particular social group according to outward appearance and lead then – consciously or not – to favor those who belong to their own social group. As the researchers noted, these findings suggest that “times of economic hardship may limit the inclusiveness of people’s racial in-groups.”

Though the participants where all white this time around, the researchers want future studies to use the same economic cues on races other than whites to see if the results are relevant across racial groups.

In the meantime, if you are biracial this type of “pervasive bias” can emerge when you least expect it, whether just day-to-day activities or something crucial like in a job interview or even a court room.

“This study offers one more current look at how deeply seated our sense of racial in-groups are and how racial biases can interact with our willingness to see others as “belonging” to our group when we feel times are scarce and there is not enough to go around,” notes The Jury Room blog.