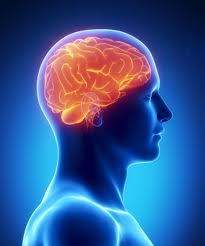 The mind is a funny thing when it comes to how your attitudes toward stereotypes can affect your overall thinking.

One new study released January 7 found a connection between racial intolerance and creativity while a second study has concluded that adopting abstract thinking reduces prejudice toward “non-normative” groups.

Both studies tackled the idea that an essentialist mind-set – “the view that racial groups possess underlying essences that represent deep-rooted, unalterable traits and abilities” – leads to a generalized closed-mindedness. For example, have you ever noticed how people with strong mindsets toward racial stereotypes tend to be less creative or able to think in the abstract?

In a January 7 article published in Psychological Science, researchers at Hong Kong University of Science and Technology, Harvard University, Tel Aviv University and Beijing Normal University found that racial stereotyping exerts its negative effects on creativity by changing how people think, as opposed to changing what they think.

In the second study, published last year also in Psychological Science, researchers explored how abstract vs. concrete thinking can influence prejudice. In particular, Americans’ attitudes toward certain individuals and out-groups who are perceived as being “non-normative” and thus are often the targets of overt discrimination. Among the participants who espoused a concrete mind-set, conservatives were less tolerant of these non-normative groups than liberals were, but “political orientation did not have a reliable effect on tolerance among participants who adopted an abstract mind-set,” according to the study.

What these researchers found was that – at least for conservatives – adopting a more abstract mind-set reduces prejudice toward non-normative groups because at least some of conservatives’ prejudice is in conflict with their own personal abstract values.

“We propose that the discrepancy between the abstract value of fairness and a bias against certain no-normative groups, a conflict that is more pronounced among political conservatives than among liberals, may be moderated by the mind-set that people adopt when thinking about these groups,” concludes the study.Both studies suggests that essentialist mind-sets are fairly malleable, making it possible to devise interventions that reduce racial stereotyping based on essentialist beliefs and thereby allowing them to become more socially tolerant.In fact, it could even unleash more creative potential in some individuals, which would benefit everyone.