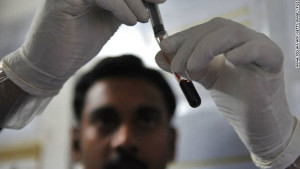 Scientists cracking the human DNA code may have charted new territory in immunity research. A new study indicates that a number of our antibody genes – vital to how well our immune response operates and fights off infections and diseases – actually vary from person to person. More importantly, scientists found ethnicity influences immunity, with the greatest differences found between African and Asian populations.

That means drugs, treatments, and vaccinations designed to treat whole populations may actually work differently depending on your ethnic background.

“Time will confirm the extent to which this is true. But we’ve found that sections of the IGH-chain locus’ DNA sequence are either missing or inserted into a person’s genome, and this could vary depending on ethnicity,” said researcher Corey Watson.

Scientists have long known that the human genome’s immunoglobulin heavy (IGH) DNA chain locus is a prolific producer of over 50 antibody-encoding genes that our B cells use to fight off infections and diseases. But the new study is the first to radically refine the “genomic map” and uncover the link between antibody makeup and ethnicity. A team of North American scientists has cracked a particularly-complex genetic code that reveals ethnicity may determine how well a person is able to fend off diseases such as HIV or the common flu. Photo Credit: Huffingtonpost.ca

When the scientists screened the chromosomes of people of Asian, African, and European descent for several DNA insertions and deletions, they observed the greatest differences between African and Asian populations.

“Again, it’s early days,” emphasizes Watson, “but these findings could mean that past environmental exposures to certain pathogens caused DNA insertions or deletions in different ethnic groups, which could impact disease risk. Our results demonstrate that antibody studies need to take into account the ethnicity of DNA samples used.”

The scientists hope the study’s findings will advance the understanding of how these antibody genetic variations between ethnic populations impact the ability to fight viruses such as the flu and HIV.