Efforts To Increase Diversity Pay Off 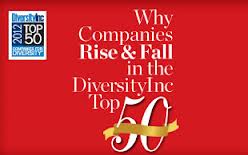 The headline reads, “Diversity efforts pay off.” The byline reads “[Salvatore] Mitrano…chief of the Rochester (New York) Fire Department.” In his essay, the chief cites as one of the department’s biggest challenges the effort to hire firefighters “who better reflect the diversity of our city” (Rochester  Democrat and Chronicle, December 9, 2012, page 23A).

It’s not news that people who believe in inclusion make similar efforts. Most writers, for example, actively work to include interviews that go beyond the “white male” pool of possibilities.

In his guest essay, Chief Mitrano notes that nearly half the current recruits have joined as a direct result of efforts to involve churches and community agencies in the hiring process. Reaching out to those who are not part of our familiar zones of comfort requires both imagination and then, action. (Chief Mitrano’s city has been deemed the sixth most livable metropolitan area in the country. According to the most recent census, Rochester’s population is about 44 percent white and 19 percent black.)

Like writers and fire chiefs, filmmakers make similar overtures in film. Consider the role of an Irishman named “Red.” When Stephen King’s short story “Rita Hayworth and Shawshank Redemption” was being made into a movie, white actors were the only ones initially considered. Several familiar leading men read for the part until an executive at Castle Rock Entertainment had the idea that Morgan Freeman would work. And work he did, all the way to an Academy Award nomination. To be sure, no matter the role we play in our family, on our jobs, in our neighborhoods, within our social media, each of us can find ways to broaden the circles that currently circumscribe our lives. A failure to do so bespeaks a lack of imagination and, perhaps, a reluctance to do our part to enhance race relations. The integration each of us can quietly effect is a matter of setting goals, as the Rochester Fire Department did. And then, checking to ensure goals are being met—whether it’s ensuring there is diversity at our children’s birthday party or multi-cultural thrusts to some of our dinner parties or making sure new, minority arrivals feel welcome in our neighborhoods.Jane Addams, pioneer settlement worker and social activist warned, “The child becomes largely what it is taught; hence, we must watch what we teach it, and how we live it.” If you are old enough to be reading this article, you probably have the opportunity to teach a child.

Let your personal diversity efforts pay off for future generations.

Marlene Caroselli, Ed.D., is a frequent contributor to Race Report