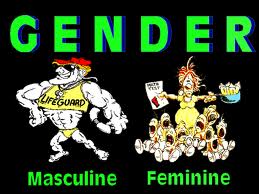 If you’re tired of being stereotyped by only race or gender, you’re in luck: There is a new hybrid stereotype.

Taken alone, racial or gender stereotypes can have weighty consequences in everyday life.  But what happens when these stereotypes overlap? A new study tackled the link between race and gender – a stereotype phenomenon that researchers call “gendered race” – and found it affects personal and professional issues ranging from interracial dating and marriage, to job selection and athletics.

Here’s an example of how it works in the United States: Asians as an ethnic stereotype are perceived as more feminine compared to whites, while blacks are stereotyped as more masculine, according to Adam Galinsky, a professor of Business at Columbia Business School.

Galinsky and his colleagues surveyed participants of various backgrounds as to how they evaluated certain traits, including femininity and masculinity, of Asians, whites, and blacks.

“The stereotype content for blacks was considered to be the most masculine, followed by whites, with Asians being the least masculine,” Galinsky notes in the study appearing in an upcoming issue of Psychological Science. “Thus, we found a substantial overlap between the contents of racial and gender stereotypes.”

Generally, these overlaps found that men tend to prefer women who personify “the feminine ideal” while women prefer men who “embody masculinity.” The result: The more men valued femininity the more they were attracted to Asian women and less likely to be attracted to black women. The same effect occurred for women, with attraction to masculinity driving the attraction to black men as opposed to Asian men. The gendered race effect also extends to the workplace and athletics.

Finally, the researchers analyzed the National Collegiate Athletic Association’s racial composition of 30 different sports from 2000 to 2010 and found that the more a sport was perceived to be masculine the greater the number of black to Asian athletes.

The report concluded that the overlap between racial and gender stereotypes “opens up new frontiers for understanding how stereotypes impact the important decisions that drive our most significant outcomes at work and at home.”

D.A. Barber is a regular contributor to RaceReport.com and USAonRace.com