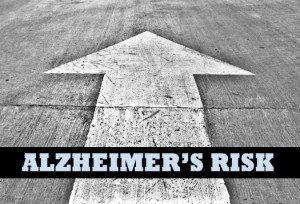 A new study found a gene that may significantly help spot the risk for Late-onset Alzheimer Disease (LOAD) in African Americans. What has the researchers scratching their heads is that the same gene has only a mild association with Alzheimer’s disease in individuals of “European ancestry.”

The study, published in the April 10 issue of the Journal of the American Medical Association, involved nearly 6,000 African Americans included in a project by the Alzheimer Disease Genetics Consortium (ADGC) and led by neurologists from Columbia University Medical Center to identify genetic variants associated with LOAD in African Americans.

“Late-onset Alzheimer disease (LOAD) is the most common cause of dementia, increasing in frequency from 1 percent at age 65 years to more than 30 percent for people older than 80 years,” according to the report. The largest study to date looking for genetic causes of Alzheimer’s in African Americans may offer new clues about why blacks in the United States are twice as likely as whites, to develop the deadly, brain-wasting disease. Information/Photo Credit: foxnews.com

If validated by future studies, the researchers note the identification of ABCA7 gene may have “major implications for developing targets for genetic testing, prevention, and treatment.”