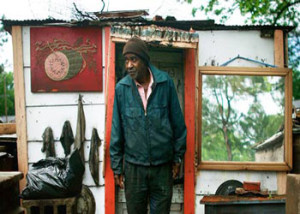 Law professor Palma Joy Strand says wealth distribution in the United States is highly unequal and racial wealth disparities highly pronounced, with median Black net worth approximately a tenth of median White net worth. This number is astounding when you consider that median Black income is approximately two-thirds of median White income. Shouldn’t it follow that Black net worth would be about 66 percent of White net worth?

Professor Strand ties the perpetuation of this inequality to the current inheritance law. She advocates for two changes in the law that would help level the playing field. First, Strand supports taxing inheritances as windfall income to those who receive them. Second, she identifies a need for revising the intestacy law that provides heirs with clear title to assets, especially homes belonging to families of modest wealth and whose wealth is primarily the value of those homes. Although they work and try to save money, their efforts often fall short because of the major wealth disparities between blacks and whites, partially due to the economy and partially due to the lack of families being able to create enough assets to pass down an inheritance to the next generationa. Photo Credit: readthinkwriteteach.com

In his book The Hidden Cost of Being African American, Thomas M. Shapiro concludes that African Americans will not gain significant ground in the wealth divide until inheritance and housing policies change. The main reason African Americans are currently worse off than whites, Professor Shapiro asserts, is that today’s African Americans inherited less wealth from their parents than today’s whites’ and he predicts that cycle will continue.

During the recent housing crisis homes owned by Blacks and Latinos plummeted in value, faster and deeper than homes in predominately-white neighborhoods. This means that if the next generation inherits the family home, it may not be worth much. Also, the fact that African Americans generally have more siblings to divide an inheritance with than their white counterparts, so the size of the inheritance is not enough to cushion the heir from life’s bumpy road. White families with nest eggs can take advantage of opportunities and insulate themselves from unexpected financial crisis’ with their more ample inheritances, while Black families walk a financial tightrope without a net.