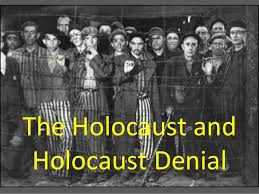 The draft legislation allows the prosecution of racial abuse without requiring victims to take any legal action, with convictions for incitement to violence carrying a penalty of up to three years in prison.

“We have anti-racism laws already, but the reason they were not applied was that immigrants, for example, were afraid to report the crimes because they did not hold proper travel documents, lived here illegally, and feared deportation,” Justice Minister Haralambos Athanasiou told parliament.

Greece’s Ombudsman said it received complaints of 281 suspected racist and homophobic attacks in the 16 months before May 2013, resulting in four deaths and 135 injuries.

The bill is likely to pass after receiving backing from two left-wing opposition parties, which successfully petitioned for the inclusion of homophobic violence in the bill.

But the conservative-led government is facing dissent from some of its legislators and opposition from prominent intellectuals over the plans, which also include outlawing the denial of the mass killings of Armenians by Ottoman Turks as genocide.

Human Rights Watch welcomed the legislation but said it still fails to encourage the reporting of crimes by immigrants living in the country illegally, and risked “interference with freedom of expression and association.”

“No one should risk prosecution simply for membership in a legal political party,” the U.S.-based watchdog said, referring to Golden Dawn, a far-right party of Neo-Nazi origin whose members have often used racist rhetoric but deny frequent claims of involvement in street attacks against immigrants.

More information can be found in the Greek Ombudsman report on racist violence: http://goo.gl/WrTW58