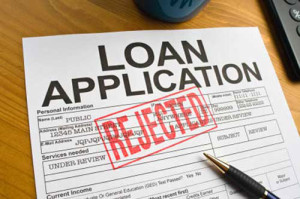 Minority-owned businesses that have experienced institutionalized racism, and denied traditional business loan financing for expansion, or startup capital are turning to the Internet.

Overall, the total number of U.S. “small business loans,” which are defined as business loans of $1 million or less, declined 5 percent in 2011, according to a July 2012 study by the Small Business Administration.

But the most recent report from the US Department of Commerce Minority Business Development Agency in 2010, found that not only do minority business enterprises (MBEs) have less access to business loans due to racial discrimination, those businesses that do get loans are more likely to pay much higher interest rates.

Despite this on-going lack of access for traditional financing, minority-owned businesses grew faster than non-minority owned businesses between 1997 and 2002. And minority self-employment fared the best compared with other demographic groups, experiencing the largest growth overall in the last decade, according to a February 2013 report from the Small Business Administration’s Office of Advocacy. One new site where African American entrepreneurs and all women can raise money for their businesses is BlackCrowdfunding.net, designed to help create “new investment and financing strategies that generate wealth and employment.”

Like other popular crowdfunding platforms such as Kickstarter and Indie GoGo, BlackCrowdfunding and UNITE organize the process of collecting small amounts of capital from a large number of individuals to finance a new business venture once a business submits a profile of the project’s details and funding goals.