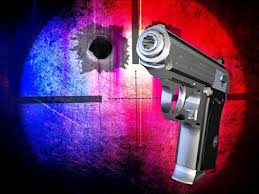 By Jesse Washington with edits and additions by Janice Ellis

Children die daily in cities all across America because of senseless gun violence. Many of these children are teenagers, many are not.

In March, the Children’s Defense Fund issued a report titled “Protect Children, Not Guns 2012.” It analyzed the latest federal data and counted 299 children under age 10 killed by guns in 2008 and 2009. That figure included 173 preschool-age children.

Black children and teens accounted for 45 percent of all child and teen gun deaths, even though they were only 15 percent of the child/teen population, according to the report. “Every child’s life is sacred and it is long past time that we protect it,” said Children Defense Fund president Marian Wright Edelman.

How many policymakers and community leaders are aware that this report even existed. It got almost no press coverage – until nine months later, when Newtown happened.

Gun violence is not new to communities, whether one person is gunned down or several in a fit of rage. Whether it is rage that has overtaken the sane as well as deranged.

It took a small-town slaughter for gun control to become a political priority. Now, decades’ worth of big-city arguments against easy access to guns are finally being heard, because an unstable young man invaded an elementary school in Newtown, Connecticut, with a military-style assault rifle and 30-bullet magazines. Twenty young children and six adults were slain.

President Barack Obama called the tragedy a “wake-up call.” Vice President Joe Biden met Thursday with Obama’s cabinet and law-enforcement officers from around the country to launch a task force on reducing gun violence. Lawmakers who have long resisted gun control are saying something must be done.

Such action is energizing those who have sought to reduce urban gun violence. Donations are up in some places; other leaders have been working overtime due to this unprecedented moment.

The moment also is causing some to reflect on the sudden change of heart. Why now? Why weren’t we moved to act by the killing of so many other children, albeit one by one, in urban areas?

Residents of inner city or urban neighborhoods have been plagued by gun violence for decades, generation after generation.

Certainly, Newtown is a special case, 6- and 7-year-olds riddled with bullets inside the sanctuary of a classroom. Even in a nation rife with violence, where there have been three other mass slayings since July and millions enjoy virtual killing via video games, the nature of this tragedy is shocking.

In her column Monday, Drummond wrote about 7-year-old Heaven Sutton of Chicago, who was standing next to her mother selling candy when she was killed in the crossfire of a gang shootout. Also in Chicago, which has been plagued by a recent spike in gun violence: 6-year-old Aaliyah Shell was caught in a drive-by shooting while standing on her front porch; and 13-year-old Tyquan Tyler was killed when someone in a car shot into a group of youths outside a party.

Wrote Drummond: “It has taken the murders of 20 babies and six adults in an upper-middle class neighborhood in Connecticut to achieve what thousands of gun fatalities in urban communities all over this country could not.”

So again: What took so long? The answers are complicated by many factors: resignation to urban violence, even among some of those who live there; the assumption that cities are dangerous and small towns safe; the idea that some urban victims place themselves in harm’s way. Tim Stevens, founder and chairman of the Black Political Empowerment Project in Pittsburgh, has been focusing on urban gun violence since 2007, when he said Pennsylvania was declared the worst state for black-on-black violence.

In the days since the Newtown killings, Stevens has felt sadness, emotional turmoil – and a bit of vindication at the new movement on gun control.

Stevens said America still would have been spurred to action if the Newtown victims had been black. He recalled the way that the Birmingham, Alabama, church bombing during the civil rights movement, which killed four black girls, galvanized the nation in 1963.

“But in all honestly, because (Newtown) was a suburban, very small quiet town where normally people feel nothing happens, that does make some degree of difference,” Stevens said. “It made a statement to the nation that if such profound tragedy can happen there, it obviously can happen anywhere.”

Drummond, the columnist, said in an interview that even many people who live in violent urban areas, which are predominantly black and Hispanic, have almost come to accept gun deaths.

At community meetings in her own East Oakland neighborhood, where a half-dozen people have been fatally shot in the past six months, Drummond has heard residents pose more questions about weed removal or gutter cleaning than stopping the violence.

“If a white cop kills a black man, there’s this huge outcry. But when you have the vast majority of young black men being killed by other young black men, you don’t get that kind of response,” said Drummond, who is black.

“In order to look at that you have to look at yourself,” she said. “You have to say there are issues in this community.”

Big cities have long dealt with the perception that gun violence is an urban problem. John Feinblatt, who works for New York City Mayor Michael Bloomberg and is chief policy adviser for the Mayors Against Illegal Guns organization, said that Newtown has spurred action because of the age and number of victims, and that they were killed in school.

“There is no doubt that something has changed,” Feinblatt said. “America’s heart has been broken.”

At the Violence Policy Center, a national organization that combats gun violence, an unprecedented surge of donations has arrived since the Newtown killings, as well as many emails from people asking how they could help, said executive director Josh Sugarmann.

Why hasn’t this happened before, during decades of urban violence?

“There’s an element of race to it,” said Sugarmann, who has been working against gun violence since 1983. “There’s a belief among all too many people about young black males, if you’re shot you’re in a gang or someplace you shouldn’t be, or a bad kid doing things you shouldn’t be doing. But in Chicago, there are reports of kids walking to school getting gunned down.”

“The fact that these killings can’t shape people’s view that something needs to be done,” he said, “is incredibly disturbing.”

Jesse Washington covers race and ethnicity for The Associated Press. He is reachable at www.twitter.com/jessewashington.

Janice Ellis is the founder and publisher of www.usaonrace.com and www.racereport.com and writes a commentary Cause and Civility