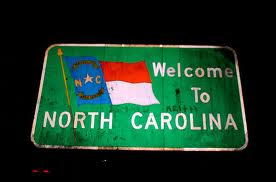 RALEIGH, N.C. (AP) – A General Assembly committee that Latino advocates feared could set a path for North Carolina to follow other Sun Belt states into a crackdown on illegal immigrants wrapped up a year of meetings Thursday by recommending no new legislative action other than urging Washington to do more.

A lot has changed since the House Select Committee on the State’s Role in Immigration Policy was conceived amid action by other GOP-controlled legislatures in Arizona, South Carolina, Alabama and Georgia to pass tough new laws targeting illegal immigrants.

“It’s a very emotional issue on both sides, and we’ve got to try and hold that rhetoric off and look at things that benefit the economy, treat people respectfully, and in some cases, address some symptoms now whose problem is really rooted in federal policy. I just think we need to be very careful with it,” Tillis said.

The legislative committee hadn’t met since March as it waited for the U.S. Supreme Court to rule on Arizona’s law requiring police to question the immigration status of those they suspect are in the country illegally. The court cleared that provision of the law.

Representatives of North Carolina’s home building, construction, farming and other industries that extensively use immigrant labor urged lawmakers to be cautious.

Hispanics are the nation’s fastest-growing population group, and seven out of 10 Latinos voting in last month’s presidential election backed President Barack Obama over Republican Mitt Romney, according to exit polls.

The new census data confirmed a clear and sustained drop in illegal immigration nationwide after more than a decade of increases, with the number falling to about 11.1 million last year from a peak of 12 million in 2007. About 80 percent of all illegal immigration comes from Mexico and Latin America, but demographers say illegal immigration from south of the U.S. border isn’t likely to return to its mid-2000 peak due to a weakened U.S. economy, stronger enforcement, and an aging Mexican population.

The Pew Hispanic Center last year estimated that North Carolina ranked ninth in population among the states with between 240,000 and 425,000 “unauthorized immigrants,” which the research group defined as foreign-born citizens of other countries who aren’t legal U.S. immigrants.

Iler then met with Latino advocates to discuss their proposals for North Carolina to issue driver’s licenses to illegal immigrants who have lived in the country for years and who have clean criminal records.

“It’s a good day. The committee didn’t find anything to do in North Carolina,” said Maudia Melendez, executive director of the Jesus Ministry, a Charlotte non-profit that advocates for Latinos.

The head of a group opposed to illegal immigrants called the committee a farce aimed at diluting demands for a crackdown.

“I’m so disgusted with the Republican leadership” of the Legislature, said William Gheen, president of Raleigh-based Americans for Legal Immigration PAC. “I want to scream at them and ask how many people have to die at the hands of illegal immigrants, or let them take our jobs.”