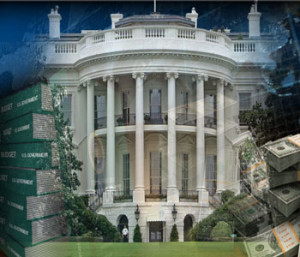 When President Obama announced the Administration’s FY2014 budget on April 10, most attention went to high-profile programs. But spending to deal with violent crime quietly got some important boosts, including on Tribal lands. Among the programs in the $27.6 billion for the Department of Justice includes $395.1 million to fight gun violence; $412.5 million for the Office on Violence Against Women; $258.6 million to meet civil rights challenges; and $7.5 million to prevent such things as hate crimes.

The National Center for Victims of Crime immediately applauded the Administration’s budget for a number of funding increases, such as tackling the backlog in testing DNA evidence, including hundreds of thousands of rape kits that sit untested in law enforcement offices nationwide.

The proposed budget also increases funds available for victims’ services under the Victims of Crime Act (VOCA) to $800 million. The VOCA Fund, established in 1984, is not taxpayer funded it is supported by criminal fines and other penalties on federal offenders and distributed via state governments directly to victims and victim service organizations. The Office of Management and Budget projects that fund will reach $9.5 billion by the end of the year and grow by another $1 billion during the next fiscal year. “The increase in VOCA funding is welcome news for victims and victim service providers around the country,” said Mai Fernandez, executive director of the National Center for Victims of Crime. “The President’s budget addresses the critical need for services to a very diverse group of individuals who struggle to rebuild their lives after suffering from life-changing physical, mental, and financial injuries.”

The Center notes there is also a proposed $20 million increase in funding for victims services in tribal areas. Tribal communities have especially high rates of victimization and their geographic remoteness and historic lack of attention makes the need for more support critical for these communities.