Should Regular Race Relations News Be About More Than Who Shot John? 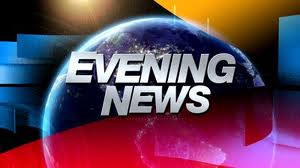 Race relations on the evening news should be more that publicizing the latest police report of murders or armed robberies.

Until  a standard segment on race relations that address a broad array of issues becomes a part of the local and national news as sports and the weather, we will forever be content to just show outrage as ugly incidents continue to occur whether in a nearby community or some distant place.

We know there is a great amount of coverage of high profile acts that seem to be racially motivated. We all remember the Trayvon Martin killing in Florida, which was the center of demonstrations, hearings, and television talk shows for weeks on end. Whenever there is a development, major media rush to report it. The upcoming trial of George Zimmerman, the shooter, will undoubtedly have a spot on the Evening News until the verdict is rendered.

Even after the trial is over and whether the findings determine that it was an incident of racial profiling, brandishing want-to-be police power, raw testosterone unleashed, or a combination thereof, the Trayvon Martin-George Zimmerman incident and its aftermath implore more questions that need honest and open discussion.

How can that conversation occur in family rooms, around the dinner table, in cafes and clubs if we are to move beyond the labeling and stop falling into the same old perennial cycle of accusation and denial?

How does America have an honest and sustained conversation about how race plays in our everyday lives?

Again, many of us likely remember the wanton killing of a Muslim mother of five in California. The killer or killers left a calling card imploring the family to get out of America.

Then, there was the senseless killing of a black man in Mississippi who happened to be walking to a convenience store when he was beaten and run over by a pick-up truck driven by white teens who were looking to kill a “Nigger.”  They found an innocent unsuspecting black man, and killed him.

But, what about all the low profile incidents, those that do not make national news, that are occurring on a daily basis in communities all across America, involving people of all racial and ethnic groups? An overriding question: Why do we continually avoid confronting matters of race that is such a part of our daily lives—in blatant and subliminal ways?Until we are willing to take inventory on an individual, group and societal level, of all those factors—factual and fictional—that shape our attitudes and actions as we interact with others who are different from ourselves, race will continue to be used as a divisive and destructive force.Incidents that would otherwise be considered as everyday encounters and common conflicts take on a life of their own, fueled by the stereotypes and labels that we hang on to and allow to order our world view. Do we care whether they are accurate or inaccurate? Are we afraid to examine their veracity, for fear it might lead us out of our comfort zone, shatter the monochromatic world to which we predictably retreat?

But how do we get there? Who owns the conversations and actions to bring about meaningful change? We all do.

Wouldn’t it be grand if the evening news shows had a daily and regular segment in their programming on race.