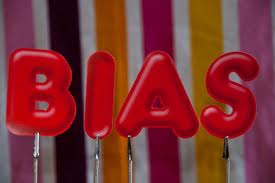 The mind-set that people of different races “all look alike” seems to breaking down as we delve deeper into aligning ourselves with social networking groups.

“If people find that racial biases are interfering with their interactions with others, they might considering trying to finding a common group membership that they share,” says Jay Van Bavel of New York University.

One social perception phenomena is that people are better at remembering people from their own race while having difficulty differentiating members of other races. This “own-race bias” is often considered a result of people spending more time with members of their own race. But having trouble recognizing people from another race may actually have nothing to do with the other person’s race. Van Bavel, who’s new study was published in the December issue of Personality and Social Psychology Bulletin, found that one’s social group identity shape attention and memory over and above race categorization and that we can improve our memory of members of other races by identifying with the same group. It is a reverse strategy emphasizing own-group bias.

This own-group bias was put to the test in three experiments where people were assigned to an arbitrary group – the “Moons” or the “Suns” – with each group including both white and black members. All participants studied the faces of all members of both groups. After a short break, they were given a brief memory test to see who they could remember from each group. “In other words, spies paid more attention to out-group members because it was part of their group identity,” Van Bavel says. “If you can give people the right motivation, they will pay attention to the out-group.”

This own-group bias suggests that social identity may allow us to improve our memory of members of another race by simply identifying everyone as part of the same group. Researchers say such identification could improve everything from race relations to legal situations such as police lineups and eyewitness testimony: According to the researchers, approximately 36 percent of wrongful convictions are due to erroneous cross-race eyewitness identification.