State of the Union Should Address Needs of Ordinary Americans 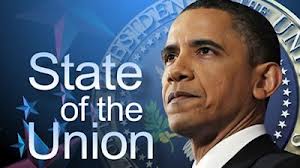 The State of the Union address should address specific needs of ordinary Americans. Will those needs be a part of President Obama’s address to Congress on February 12, 2012?

During his second inaugural address on January 21, the President hinted at specific topics he may again touch on during the State of the Union address on February 12 – including poverty, climate change, foreign policy, and equality. Even before that speech, Obama had stated his top two priorities of immigration reform and gun control. But the train has already left the station on both those issues. Eight senators unveiled their bipartisan proposal for immigration reform on January 28; the next day President Obama announced his own immigration plan and, on the following day, Congressional hearings began concerning gun control.

But, according to an informal search of a number of national organization websites, there are a number of other pressing issues the President should confront during his State of the Union address. While they may not be grand and sexy, they could make a real difference in the lives of ordinary American citizens. By the way, which is the majority of us.

The 2012 elections saw some states enact restrictions that made it difficult for some folks to vote, including purging voter rolls, and limiting early voting. At a Senate Committee hearing, “The State of the Right to Vote After the 2012 Election,” just before Christmas, Senator Patrick Leahy, noted these restrictions seemed to have the biggest impact on African Americans and other low-income communities. The Leadership Conference on Civil and Human Rights and the ACLU  called for strengthening the Voting Rights Act (VRA) in order to squelch future voter suppression attempts. Meanwhile, movetoamend.org thinks the President should make the issue for an amendment to overturn “Citizens United” in order to avoid a recurrence of 2012’s $6 billion election cycle for House, Senate and State offices, and another $1 billion presidential campaign.

The economy is predicted to be a big part of the upcoming speech and that should include the ongoing jobs crisis. During the campaign, the president made manufacturing jobs a part of his vision, setting a goal of creating a million new manufacturing jobs during his second term. This includes investing in infrastructure as the President described in a December interview on “Meet the Press,”

Another big point the President made during his inaugural address was the fact that the nation still faces growing income inequality. The Center for American Progress, Half in Ten, Center on Budget and Policy Priorities, Center for Law and Social Policy, Coalition on Human Needs, Legal Momentum, and Center on Poverty, Inequality, and Public Policy at Georgetown University Law Center are pushing for reauthorization of the Temporary Assistance for Needy

Families (TANF) program, which provides funds to support low-income families with children. TANF has been up for reauthorization for several years but has gotten little attention to its effectiveness in providing a safety net or subsidized jobs programs it provides to low-income families.

Barack Obama, known as “Barack Black Eagle” among American Indians, has met with tribal leaders every year of his term. During his most recent White House Tribal Nations Conference on December 5, 2012, he promised more federal aid for education, health care, jobs, food

programs, and energy projects during his second term “to make sure that the promise of America is fully realized for every Native American.” Many tribal leaders are taking  a “wait and see” attitude since budget cutting has taken center stage.

Finally, let’s not forget Congress’s failure to reauthorize the Violence Against Women Act simply because the bill sought to extend protections of the law to Native American, gay, and immigrant survivors of abuse.

D. A. Barber is a regular contributor to RaceReport.com