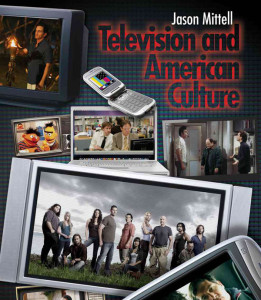 How viewers identify with actors, characters, or settings shown on television shows illustrates significant implications for cultural diversity from a social justice perspective, according to researchers.

In a new study in the American Marketing Association’s Journal of Public Policy & Marketing, researchers from the University of Arizona, American University, and the University of South Carolina, examined the underlying dynamics driving viewers who identify with a TV show to “poach” the narrative when they make a purchasing decision based on what they see. Advertisers always count on that, with product placements, a viewer who identifies with a character is more likely to purchase the same brand of, for example, shampoo that character uses.

But researchers identified more important patterns at work in this “homophilization” – where viewers contrive similarities between themselves and TV characters – viewers may use TV narratives and characters to legitimize their own behavior or belief systems, specifically how cultural diversity is appropriated through television viewing.

“Aspiration and imitation are the ones that most people think of when they consider how viewers might identify with TV shows,” said Hope Jensen Schau, at the University of Arizona. “We look at viewers as consumers whose choices are limited based on what shows the networks make available. They have little input into the production of narratives that represent diversity – or any other topic.”

The study notes that despite any idealized status, culturally diverse interpersonal relationships are rare in practice. But Television allows many people to experience virtually what is not experienced interpersonally. The study notes: “The juxtaposition of what occurs in daily life against what can be accessed through media raises the central question posed by this research: How do people appropriate cultural diversity through media consumption, particularly television?”

But because television network executives – and advertisers – retain control over what TV shows are aired, media advocates tried to exert influence on networks to produce more culturally diverse programming. The researchers point to the Cosby Show’s initial rejection at ABC, but later picked up by NBC, showing how such narratives historically face barriers in the approval process. NetFlix is a prime example of how the underlying dynamics of TV commercials drive viewers who identify with a TV show to “poach” the narrative when they make a purchasing decision based on what they see as a benefit. Photo Credit: http://i2.wp.com/metronewsca.files.wordpress.com

The research demonstrates that cultural diversity is important enough to some viewers that they use self-relevant narrative elements from all manners of programming, and make them similar to appropriate it. “Understanding viewers in this way provides a basis for crafting compelling messages to network executives and advertisers about their engagement with diversity, which is a perpetual network challenge,” notes the study.

But the authors, “strongly recommend vigilance in the production and dissemination of socially conscious narratives that allow pro-social and realistic characters with whom consumers actively engage.”

“Our findings are most relevant for media advocates, industry, and the public, rather than the regulators,” Schau said. “In the broadest sense, we’re suggesting that public discourse needs to move beyond ‘aspire and imitate’ assumptions about viewers. They just don’t swallow these narratives whole, but have very nuanced relationships with them.