The Racial Divide On Social Media 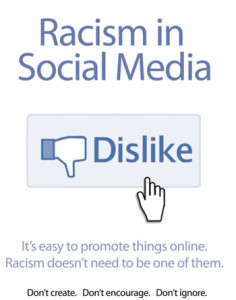 The Racial Divide On Social Media

Think about your social media friends and followers. Are most of them of your same race and ethnicity or are your online buddies a multicultural mix? Long touted as a colorblind way to bring people around the globe together, a recent study on social media shows that segregation may exist.

On the flipside, whites, specifically women, outnumber other ethnic groups when it comes to social media sites like Pinterest and Tumblr.

Business Insider interviewed Wayne Sutton, a social-media consultant, who says Twitter enables “a level playing field in getting (black Americans’) voices heard. With the history of our culture, we now have an equal channel like anyone else.” According to Clutch.com, another reason for Blacks’ gravitation toward social networking is the link to increased access through consumerism.

According to a 2012 Nielsen study, Blacks and Hispanics lead the way in the purchase of smartphones and tablets, with 54.4 percent of African-Americans and 57.3 percent of Hispanics owning smartphones versus 44.7 percent of whites.

Although many different notions exist about why there is a racial divide among social networkers, it may come down to an uncomplicated factor.

The purpose of social media is to provide a vehicle for people to hang out with their friends, so those who hang together in real life choose to do the same in the virtual realm.