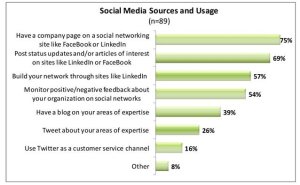 The phrase, “the glass ceiling,” created by two journalists from The Wall Street Journal, Carol Hymowitz and Timothy Schellhardt, who coined the phrase to metaphorically depict the barrier — often invisible — that prevented women from advancing to higher-level positions. More than a quarter-century later, some of those discriminatory practices remain, but today, that ceiling extends to include minorities as well as women.

In his collaborative research, Union College professor, David Cotter, found certain conditions that constituted glass-ceiling inequality, one of which is gender or racial inequality, something that increases over the course of a career. However, those findings did not show evidence that this glass ceiling prevented African-American men from career advancement. Both white and African-American women, nonetheless, not only hit the glass ceiling — but even shattered it at times — yet, none progressed at the same rate as their male counterparts when it came to their careers.

Another study, conducted in 2008, involving 13,503 female managers and 17,493 male managers verified that women were in fact, held back. Among the reasons reported in the October 2008 issue of HR Magazine, showed that women, rather than their male partners in a marriage or relationship, took care of family or childcare issues, and researchers found women had fewer personal networks than men. Using social media like Instagram, Facebook, Linkedin, etc., that can help you market yourself, your products, skills, and ideas to consumers, and/or the higher ups in your company. Photo Credit: sweetlemonmag.com

In all likelihood, women will accept positions allowing them more time with their children; however, women can take significant steps toward increasing their social capital and build those network.

One website alone provides 52 tips for advancing social capital, without sacrificing family time or priorities. Mindspower.com offers free downloads for those inclined to take proactive steps toward gender equality, so, women (and men) who take advantage of such tips will realize the benefits cited by James Kouzes, Chairman Emeritus of the Tom Peters Company.

Kouzes notes, “When social connections are strong and numerous, there is more trust, reciprocity, information flow, collection action, happiness, and by the way, greater wealth.”

To read additional articles about race and ethnicity visit our sister site USAonRace.com