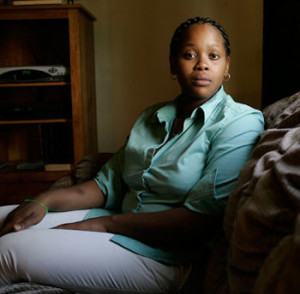 While the wage gap between men and women is well known, the Center for American Progress has taken that gap further with a another report that explores this gender-based wage gap but with an added racial overlay: Women of color experience a double pay gap.

In the report released April 9, “How Pay Inequity Hurts Women of Color,” the researchers say “for women of color there is a double pay gap.

As a group, women of color earn less than their white female peers — a reality that means they need to work longer to earn the same pay as white women and then even longer to match the earnings of white men. The gender- and race-based wage gap affects families of color with long-term consequences that hinder wealth accumulation.”

The reason this is important is not just because of the sheer number of women of color in the work force, but because women of color are increasingly the breadwinners in their families, including 53.3 percent of black households and 40.1 percent of Latino households, according to 2010 data. During that year, the U.S. women of color workforce included 13.1 percent black, 4.7 percent Asian, and 12.8 percent Latina. Women of color continue to experience a significant pay gap when compared to white women and men. Photo Credit: nytimes.com

According to the new report, all women on average earn 77 cents for every dollar a man earns for equivalent work. But for African American women and Latinas, it drops to 64 cents and 55 cents respectively for every dollar men earn.

To add insult to injury, the March 2013 unemployment rate for white women was 6.1 percent, while black women endured 12.2 percent and Latina women 9.3 percent.

The new report goes into more specific detail and recommendations, as well as updating some material found in “The State of Women of Color in the United States,” which the Center released in July 2012.